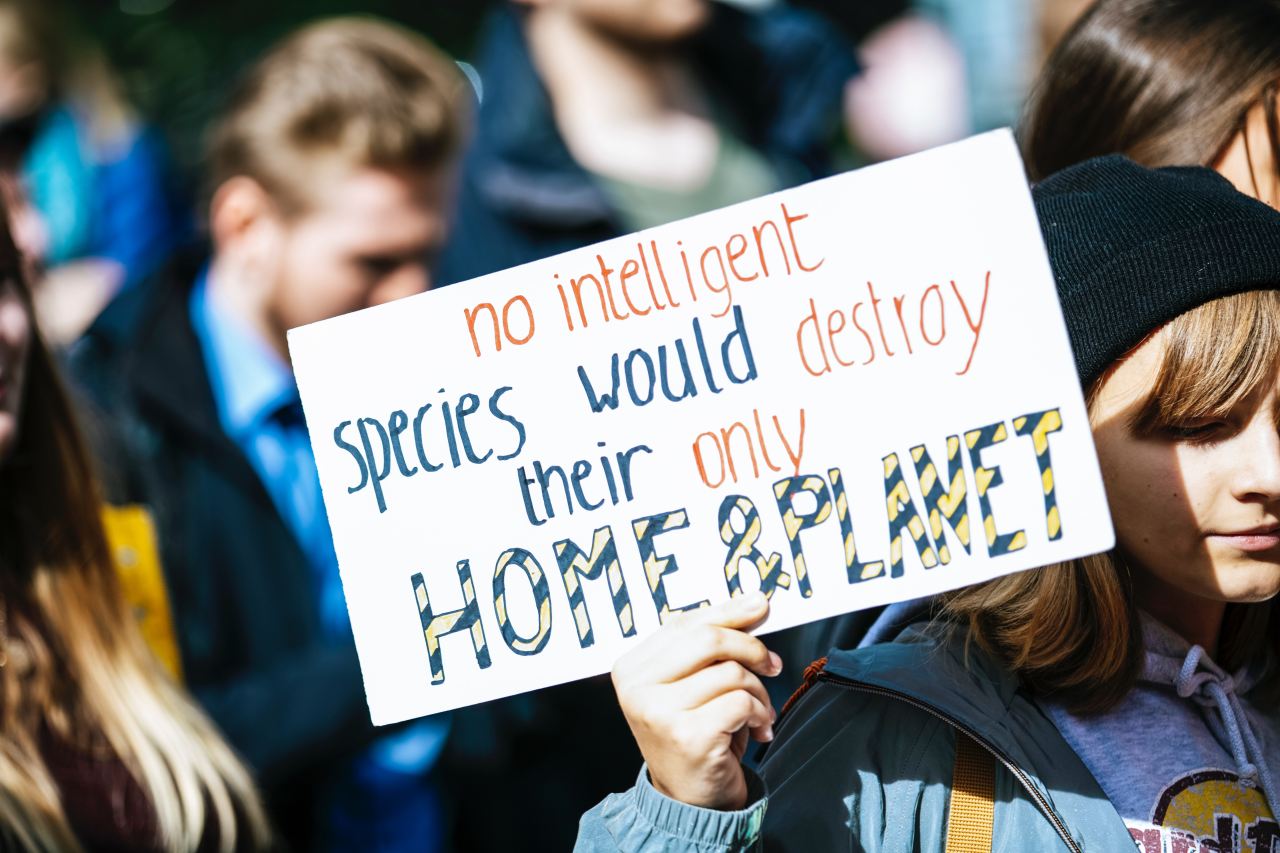 There’s a reason admitting you have a problem is the first step in Alcoholics Anonymous. Unless you recognize your own faults and issues, you cannot hope to get better.

That’s really hard. It’s not human nature. Unfortunately, it’s true, though, so it’s something we have to come to accept if we want anything to improve.

I’ve written before about our issue of caring more about our surface-level image that others see than the substance of what we do. This is similar, as it also focuses on creating the best appearance for ourselves, but this side focuses more on bringing down others than falsifying our own façade.

I’m seeing this a lot right now with climate change. Sixteen-year-old climate activist Greta Thunberg delivered a passionate speech to the United Nations yesterday, calling out the older generation that occupies the leadership positions in the UN for its callous lack of action on an issue that quite literally could lead to the end of humanity with continued inaction.

I wrote about climate change a couple months ago and the issue with Christians disregarding the health of the earth. Today my focus is on Thunberg and the response she’s received.

Predictably, it’s pretty much split across political lines. Somehow, the long-term survival of humanity (the earth will survive, just like it did when the dinosaurs went extinct; we would be the ones going away) has become a political issue. It’s a bit difficult to hear one side consistently claim to be “pro-life” while actively dismissing an issue that could kill billions within the next few generations. I’ve also written a bit about that issue.

On the left, people are praising Thunberg’s harsh words as necessary, a sign that the younger generation is calling out those in power who have expressed no interest in bringing about positive long-term change. On the right, people are mocking Thunberg as a puppet or an indoctrinated child and even mocking her mental state (she has been diagnosed with autism and ADHD). Again, interesting to see which side claims a strong link to Christianity and morality.

When confronted with a truth acknowledged by an overwhelming majority of scientists (but oddly dismissed by millions of non-scientists), a lot of people resort to attacking the speaker. We could hear her message, but we’ll instead find ways to not only discredit but legitimately belittle her.

I’ve also then seen, as I did when I posted my climate change post a few months ago, comments about how small of a role the United States plays in various forms of pollution in the world. Here’s the blame shifting, or as popular culture calls, the whataboutism.

When confronted with something negative about ourselves, or that at the very least we’ve played a role in, we can either acknowledge and respond or deflect. Of course, the easy option is to deflect.

In the climate change conversation, it often involves pointing to Asian nations as contributing far more to humanity’s damaging output, or it points to how much CO2 or other substances are naturally found in nature. This is trying to minimize our role. And maybe we do play a smaller role than others, but that doesn’t make it any less important. I have two reasons for this in the specific context.

First, even if all of humanity is only responsible for 1 percent of CO2 output in the world and the rest comes from nature, our entire ecosystem exists in a very delicate balance. So if our output increases to 1.01 percent, that can break the balance and lead to devastating impacts. Further, if nature starts to increase its output, claiming we aren’t responsible doesn’t actually accomplish anything (except accepting our inevitable death). If we see the number increase, regardless of who or what caused it, our focus should be on mitigating that increase through whatever advances we can create.

We face a similar issue with climate change. Regardless of who is to blame, nature, America, China, someone else, or all of the above, if there is an issue threatening our existence we need to respond. Wasting time ignoring it because we don’t think we caused it or pointing fingers at someone else literally does nothing.

Second, as again this issue seems to strangely break along political lines, it is ironic that often the people disregarding the concerns or pointing fingers at other countries and shrugging our shoulders are also the same group that shouts at the top of their lungs about how patriotic they are and how America is the greatest nation on earth and the leader of the world. Here’s the issue: you can’t believe both.

If America is the leader of the world, you can’t shrug your shoulders and point to what other countries are doing and say there’s nothing we can do about them. There are countless things we can do about them! We can use the leverage we have with them in trade and international relations to come to worldwide agreements for improvement (like the Paris Climate Agreement from which Donald Trump withdrew the United States). We can devote a significant portion of our massive resources to fast-track research either within our country or in partnership with scientists and inventors from other countries to discover new technologies to assist with lowering our reliance on natural gas or even counteracting some of the effects that have already begun. That technology does not yet exist, but that doesn’t mean we can’t create it if given the proper resources and focus.

As I wrote before on climate change, I will never understand the desire to ignore this issue. What if you’re wrong? The stakes are too high. What is gained by denying the scientific consensus and refusing to change anything? On the flip side, if we devote resources to advancing technology, even if the threat turns out to be less than expected, the advancements we make can positively impact humanity going forward. Gambling the future of humanity to save some money today is a pretty bold move that truly showcases what matters most.

Just like on an individual basis, to proclaim yourself a leader, you have to actually lead. You can’t claim to be the leader while shirking all responsibilities, repeatedly pointing to our country having the “cleanest air and cleanest water, cleaner than it’s ever been before in our country” (which is a lie that Trump shared, and not for the first time, yesterday) while actively seeking to remove regulations that benefit the environment.

We have many problems, and climate change is just one. It is a huge one. But it is just one. The bigger issue is our inability to accept responsibility and seek to change. The reliance on whataboutism and finger pointing has only increased in the recent political culture of our country, particularly in its use to somehow justify every action of a president who (no exaggeration) on a daily basis says and does things that no other president would be allowed to do without being condemned on a bi-partisan level and probably removed from office.

We have a responsibility, both as a key contributor to many of the biggest issues in our world today (including climate change) and as the self-professed greatest country in the world, to lead. Leading requires self-reflection, an ability to recognize our shortcomings and work to improve them. Shirking responsibility is not part of the job.

Admitting we have a problem is the first step. And when we’d rather lob personal attacks on a 16-year-old girl than own up to our shortcomings, we have a serious problem.