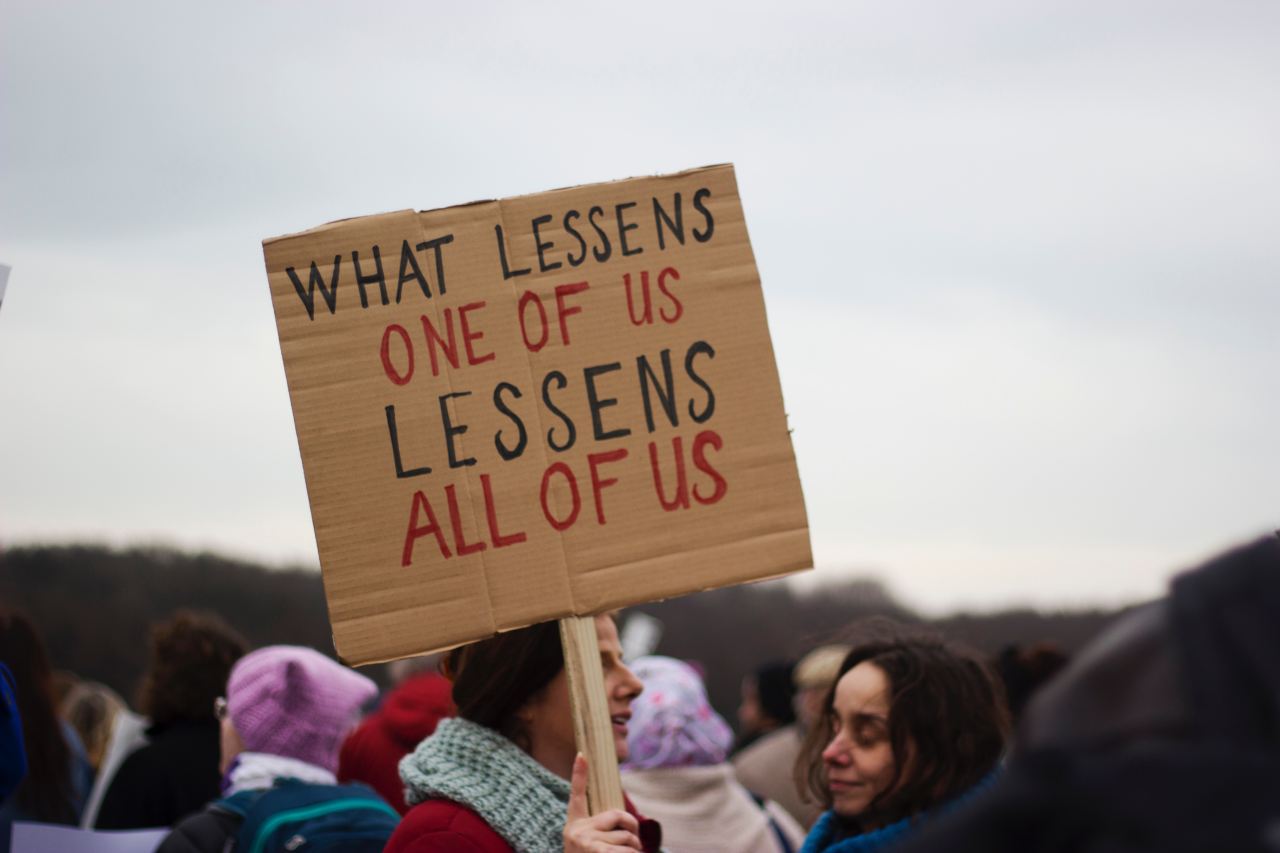 The 1987 classic film The Princess Bride features countless memorable quotes. One of my favorites comes when Vizzini repeatedly uses the word “inconceivable” to describe things happening around him. Finally, Inigo turns to him and says simply: “You keep using that word. I do not think it means what you think it means.”

That line pops into my head every time I hear republicans and/or President Donald Trump speak about “religious liberty.”

That phrase is supposedly the biggest concern prompting the republican party to abandon virtually all of its professed priorities in favor of Trump. And that transition has been powered by, rather than opposed by, white evangelical Christians.

The fear tactic driving this push is a belief that “Christian morals” are under attack in our country and a need to stack our nation’s courts with judges who will reassert the authority of Christianity in America. This tactic clings to the First Amendment and screams about “religious liberty” every time something within our culture starts to shift in a way “American Christianity” doesn’t like.

But here’s the problem: while this approach claims the First Amendment, it actually seeks to undermine it. Because the First Amendment is quite clear: “Congress shall make no law respecting an establishment of religion, or prohibiting the free exercise thereof…” This means that “legislating morality” as the “Christian right” seeks to do, is a violation of that amendment. It seeks to make laws respecting an establishment of religion.

Throughout Trump’s campaign, and constantly since, he and his followers have trumpeted that two-word phrase “religious liberty.” Yet basically the first thing he did upon taking office (after lying about the size of the crowd at his inauguration) was try to pass an immigration ban to prevent Muslims from entering the country. While at times he and his administration used (slightly) more tactful ways to describe how they chose which countries to include, there are plenty of examples of him literally saying he wants to prevent Muslims from entering the country.

The intent and design of the First Amendment is to create an agnostic government that does not infringe on any person’s religion (or lack thereof). This is the literal definition of “religious liberty:” the freedom of every person to experience religion exactly as they choose.

Any idea of freedom runs into a paradoxical problem: it’s all fine and good as long as what you do doesn’t impact someone else. At their core, laws are designed to promote interactions between people that infringe on each one’s freedoms as little as possible. I’m free to do as I please until I decide that what I please is to kill someone and take their possessions. If I do that, then I’m infringing on that person’s freedom to live and do as they please. The moment I inflict my will on someone else, I have violated the concept of freedom.

The problem with the rallying cry of protecting religious liberty is that it’s completely one-sided. When Trump promotes a Muslim ban, there is no outcry from the religious right. What if instead we had a president who suggested banning Christian immigrants? The basic premise would be exactly the same: preventing immigration based on a person’s religion. But one example excites the voter base, while the other would lead to mayhem and hysteria.

While a religious immigration ban seems like an extreme (though very real) example, the primary focus of the people fighting for “religious liberty” is actually a desire to discriminate based on people’s lifestyle. The goal is to give Christian business owners the freedom to follow “sincerely held religious beliefs” by not serving potential customers who don’t fit their model. Or to give them the freedom to withhold certain aspects of basic health care coverage that impacts half the population.

Like the immigration example, let’s take a moment and create hypothetical scenarios in reverse. What would happen if the owners of a bakery refused to serve a couple because the couple professed Christianity? After all, one of the arguments I’ve heard for years about why we should discriminate against Muslims is the belief that Islam teaches that Christians are evil and should be eliminated. So what if Muslim store owners had “sincerely held religious beliefs” that Christians are evil and chose not to serve them?

Regardless of how Christians try to justify it with whatever scriptures they point to, the core of the issue is a desire to claim “religious freedom” in an effort to treat people poorly, which is something Jesus never did. And it absolutely is a religious liberty issue: it’s Christians seeking to infringe on the religious liberty of others for not following their definition of a Christian lifestyle.

Religious liberty is absolutely under attack. The First Amendment was designed specifically to avoid the corruption of previous religious-based governments throughout history (both Christian and non-Christian). The professed purpose was to truly create a place where people respected each other’s freedom to follow whatever religion they want without it impacting how they will be treated by government, businesses, and individuals.

To be honest, America has never lived up to that goal. We’ve never had true religious liberty because our country has always favored the most popular version of Christianity at the time. But as time progresses and we confront our own background and future more honestly, we start to see an opportunity to better live up to that goal. A chance to actually treat everyone equally regardless of their religious beliefs (and how those beliefs translate to their lifestyle).

We see a chance to say “Happy Holidays” instead of “Merry Christmas” when speaking to large, diverse groups. In no way does this exclude Christians who celebrate Christmas, but instead, for the first time, it includes all the people who don’t celebrate Christmas and instead celebrate one of the many other holidays taking place around the same time.

We see a chance to run businesses that extend services to people regardless of their religion, skin color, sexuality, or any other demographic indicator. Because it wasn’t that long ago that people argued that “religious liberty” gave them the right to refuse service to people based on the color of their skin.

Finally, we see a chance to be more like Christ. Ironically, when religious liberty becomes an effort by Christians to treat other people poorly, refusing service or care, those Christians actually abandon the core premise of their professed faith. Jesus called us to love our neighbors. His entire life is a demonstration of including anyone who comes, with no exception, meeting their needs, and treating them with genuine love and support.

Christians have two options. We can either recognize what “religious liberty” actually means, see how our actions have cause harm and undermined our cause, and pursue true religious freedom for all. That would mean not seeking to legislate an advantage for Christianity, but instead seeking every opportunity to show Jesus’ love for the “other” by promoting their religious liberty and the freedoms it grants them alongside our own religious liberty.

The other option is to continue on the path we’re currently on, which includes multiple layers of hypocrisy. One layer comes in how the goal claims religious liberty while actively pursuing the opposite (a Christian advantage that renders every other religion as lesser in the eyes of the law). The other layer comes in how the effort removes Christ’s words and actions from “Christianity” and instead seeks to promote a religion that stands in stark contrast to the commands and example of our Savior.

In The Princess Bride (#spoileralert for a 30-year-old movie), Vizzini dies without ever really coming to terms with his confused vocabulary. I hope American Christians don’t make the same mistake.