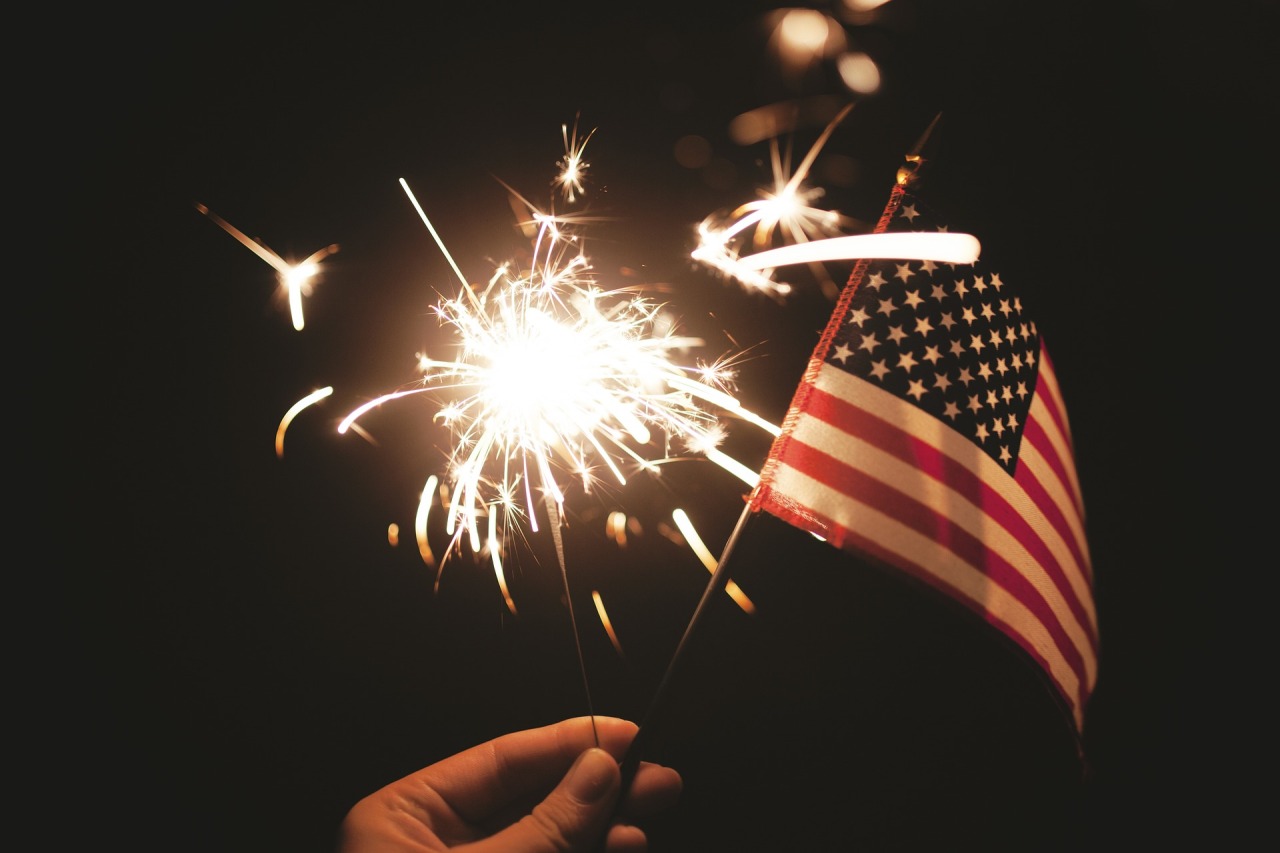 Today we celebrate our country and the great experiment that began nearly 250 years ago.

It is a good thing to enjoy time with friends and family and commemorate important events in our history. That’s something we’re pretty good at with Independence Day.

However, it’s also vitally important to reflect on the shortcomings in our history and see how we can strive to do better. That’s something we’re not quite as good at.

The big tagline of the past several years, both positive and negative (depending on your perspective) is “Make America Great Again.” This tagline assumes two things: America was once great, and it’s not anymore.

Now at the risk of people immediately refusing to read the rest of this piece and branding me as unpatriotic, I would like to humbly suggest that America has yet to actually achieve the greatness for which it was built to strive. However, for those who want to immediately brand me as unpatriotic, please consider this: I’m merely stating my belief that America is not currently great. By definition, so are the people who adhere to the tagline Make America Great Again.

This does not mean we haven’t seen glimpses or experienced fragments of greatness. This country has become the most powerful nation on earth, so if we measure greatness simply in terms of might, then we’re there. We have been for a long time, and we will likely continue to be.

But for those people striving to “Make America Great Again,” the word must mean something else. Otherwise, they should say we’re already there, and there’s nothing to go back to.

My question is when was the greatness to which those who support this motto want to return? I assume it would have to be sometime during the 20th Century, because prior to that our country had not fully established itself in the world order. However, any time you can point to during that century was rife with issues, whether they were wars that cost millions of lives, economic struggles and inequality, Civil Rights battles, political scandals or more.

How do we define greatness? I propose we look to the most famous passage of the Declaration of Independence, the document whose signing we celebrate today:

“We hold these truths to be self-evident, that all men are created equal, that they are endowed by their Creator with certain unalienable Rights, that among these are Life, Liberty and the pursuit of Happiness.”

Now read those words again and focus on the most important pieces: all are created equal, endowed with unalienable rights including life, liberty, and the pursuit of happiness.

A country that lives up to these standards truly is and will be a great one. These are the core principles our country was built upon, the goals we’ve set to achieve. But we have not achieved them.

This statement is overwhelmingly broad, and the self-evident truths are applied to everyone, not merely the citizens of the nation for whom the statement was written. Now, obviously we run into issues from the start when we acknowledge that the man who wrote this document owned slaves. He fell short of his own standard, even if he (and so many others) justified it through dehumanization.

This statement is one of purpose, one that demands action. It begins by stating truths, self-evident truths. These are things the founders of our nation professed to be the very basis of nature itself. It is essentially an impossible standard, but it is what this country was built upon.

Words are meaningless; action is everything. Our nation is nothing if we say these words yet don’t carry them out to the absolute best of our abilities. So tell me again, do you believe them?

If you do, I don’t see how you can make any claim that our country has ever achieved the greatness to which this statement demands. And this is the foundation of our country, the standard to which it is to be held.

American Exceptionalism essentially claims moral superiority for everything our nation does by virtue of it being us doing it. We’ve seen it throughout history, and we even use double-speak to separate ourselves from those others who are actually capable of evil in this mindset. Case in point: American citizens of Japanese descent were placed in “internment camps” during World War II while Jews were placed in “concentration camps” in Europe, even though by definition internment camps and concentration camps are the same thing.

I believe American Exceptionalism does not make us great, but rather prevents us from being great. It holds us back to idealize the good parts of our history and whitewash those that should bring us shame. I believe the past is meant to teach us, that our most horrific moments can become the most impactful for the future. But only if we let them.

I believe we need to reckon with the dark moments. In Europe, you can visit some of the most deeply haunting places full of terror and dread from thousands of years of history. Many of the most potent are from World War II and the holocaust, which happened less than 100 years ago. We still have survivors in our midst today. It is this humble reckoning that allows us to acknowledge our shortcomings as people and remind ourselves just how easy it is to fall to the opposite of the statement from our Declaration of Independence. They don’t shy away from acknowledging that history, even knowing close family members may have played horrific roles.

In our country, we have statues upon pedestals, monuments in mountains, and schools and roads named in honor of people who led a split of our nation. Rather than recognizing them as traitors to the United States of America, which, by definition, they were, we whitewash the history behind that war and pretend the cause was not as dark as the real purpose – slavery.

It is this belief in American Greatness – a greatness we profess to have already achieved – that makes us blind to the black spots in our history and just as blind to the black spots in our country today. We cannot truly achieve the greatness for which we were formed until we humble ourselves as a nation and reckon with these marks on our history, not to live out our days in guilt but to truly acknowledge how easily all humans can fall short of our stated standard. True greatness comes from recognizing your failings and growing from them, not pretending they didn’t exist (and especially not from glorifying them).

All nations include checkered histories, moments in their past that they wish never happened. This is not unique to America. And proclaiming our own greatness while ignoring our shortcomings is not unique either. It’s human nature.

But America wasn’t built based on human nature. Quite the opposite. Human nature was all about survival of the strongest, with the most powerful claiming the throne and dominating others through might. America was built on a truly radical belief that its founders saw as self-evident: that all are created equal.

While I disagree very much with many of the tenets behind the “Make America Great Again” movement, I do believe the first three words of that slogan are something we should strive for in our country. As human beings, we will likely never achieve the full greatness prescribed in the Declaration of Independence. But if our goal is forever to make America great, and we follow those words of our founding document, we can ensure each step is in the right direction.

That will be something worth celebrating with barbecue and fireworks.